Artists are constantly inspired by not just what goes on around them, but also what is missing or absent from around them.

Recently, I had the opportunity to write about my trip to Paris where I spent some time with Malaysian artists Ahmad Zakii Anwar (Zakii) and Jalaini  (Jai) Abu Hassan. Whilst the main object of the trip was to attend an art event at the Pompidou, it turned out that the trip led me to host a full blown art show on stone lithography prints by the two artists at Cult Gallery, an art space I co-founded.

The “Stoned in Paris” show opened on the 28th of July 2018. The show displayed lithography prints created by the two Malaysian artists at Idem Paris, a workshop in Montparnasse, Paris renowned for printing stone lithographs in a traditional way from over 100 years ago. It was the first time Jai and Zakii had created artworks from the stone lithographic process. This is because Malaysia does not have the kind of facility that Idem Paris has. It was truly exciting for the two artists to find a new way to express themselves simply because there were new equipment and an environment in which to do so. 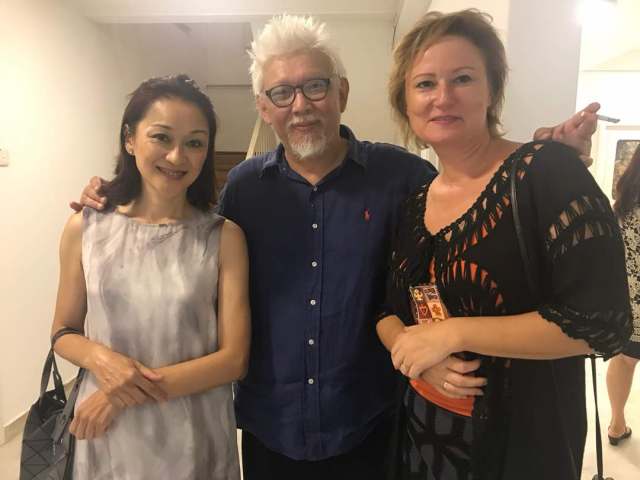 As the co-founder of Cult Gallery, I was very pleased to have hosted a show that was educational and which opened up the boundaries to collectors and artists alike. After hosting the Sisters in Islam charity art show “Hell, Heaven” late last year along with a public talk on “Gender, Art and Culture”, it is yet another benchmark for the gallery – the challenge of introducing something new to art lovers.

Read more on the art show here : The Star  and The Edge